Last weekend me and Jim took a little mini trip to Colchester, Essex, as we thought it would be refreshing to get out of the city, even if it was just for just one night! So, we searched the internet for places that were easy to reach from London and somewhere that would have lots of interesting things to do as well (read: lots of nice restaurants and pubs). In the end we decided on Colchester with the help of this handy little list by Buzzfeed – the fact that it’s one of the oldest towns in Britain completely sold me, I’m a sucker for old buildings and little cobbled streets! 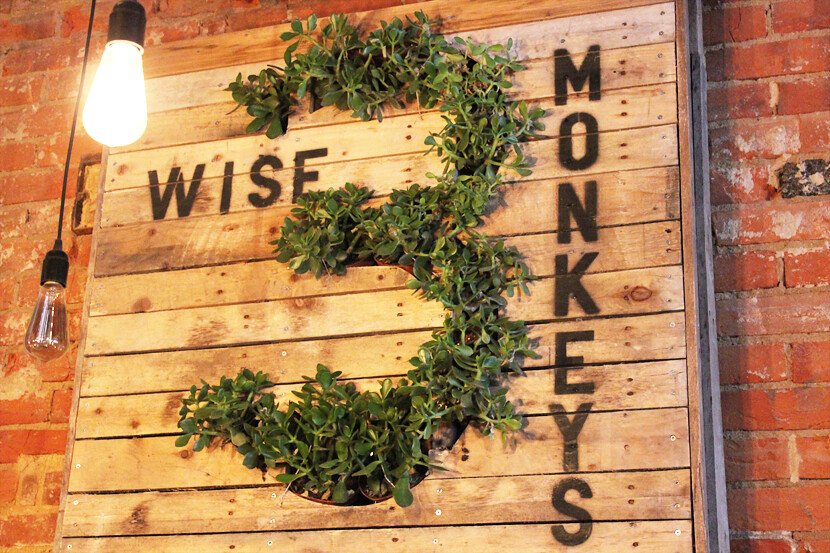 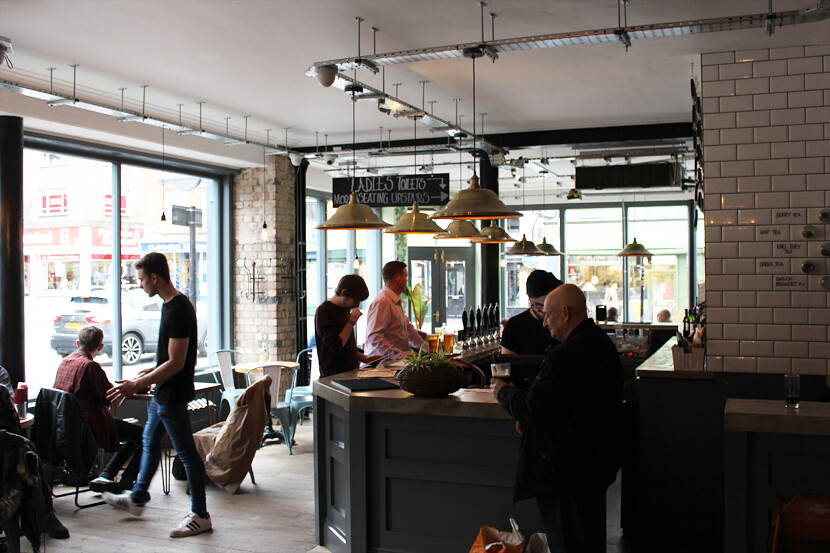 I’m going to write more about our trip and how Colchester was in general in a later post, but for now I would like to talk about the Three Wise Monkeys, one of the pubs we visited more than once during our short trip. I absolutely fell in love with it and I have to say it’s got to be one of my favourite pubs that I’ve ever visited, and not just in Colchester. It was just so cosy and nice and the decoration was amazing – so much eye for detail! 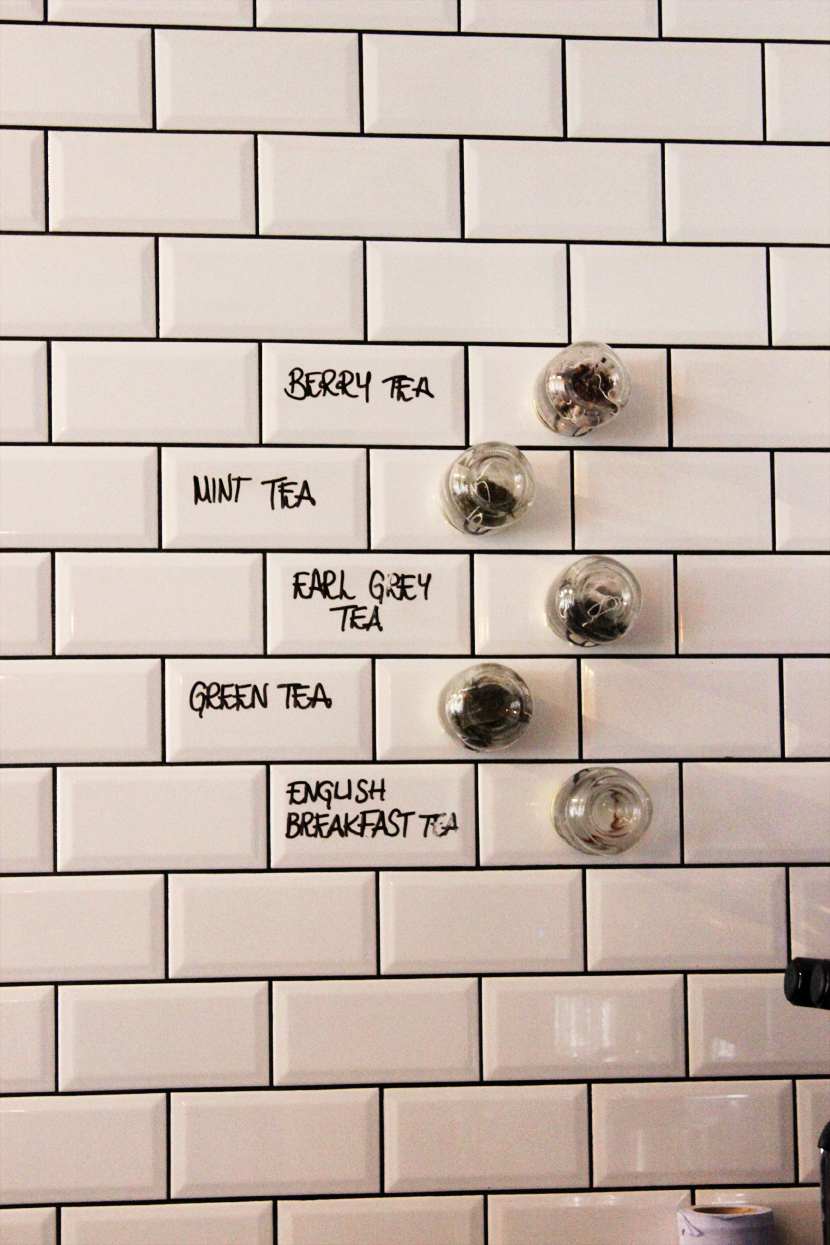 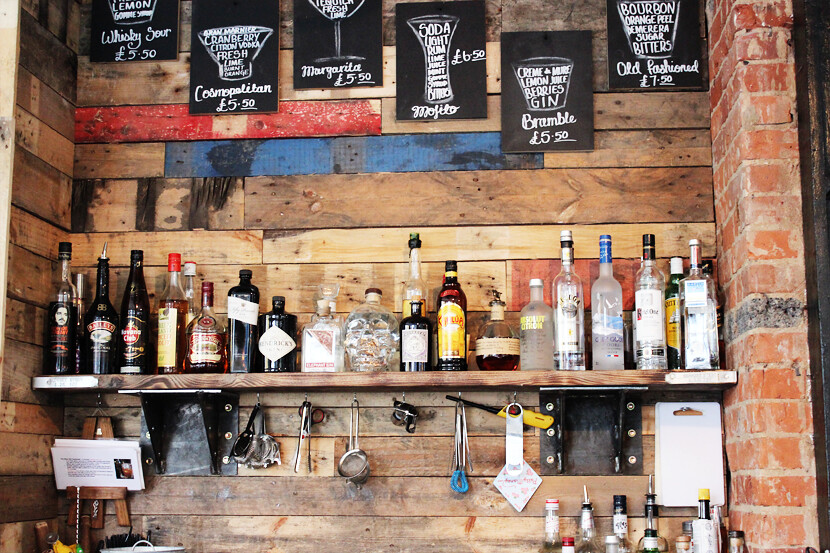 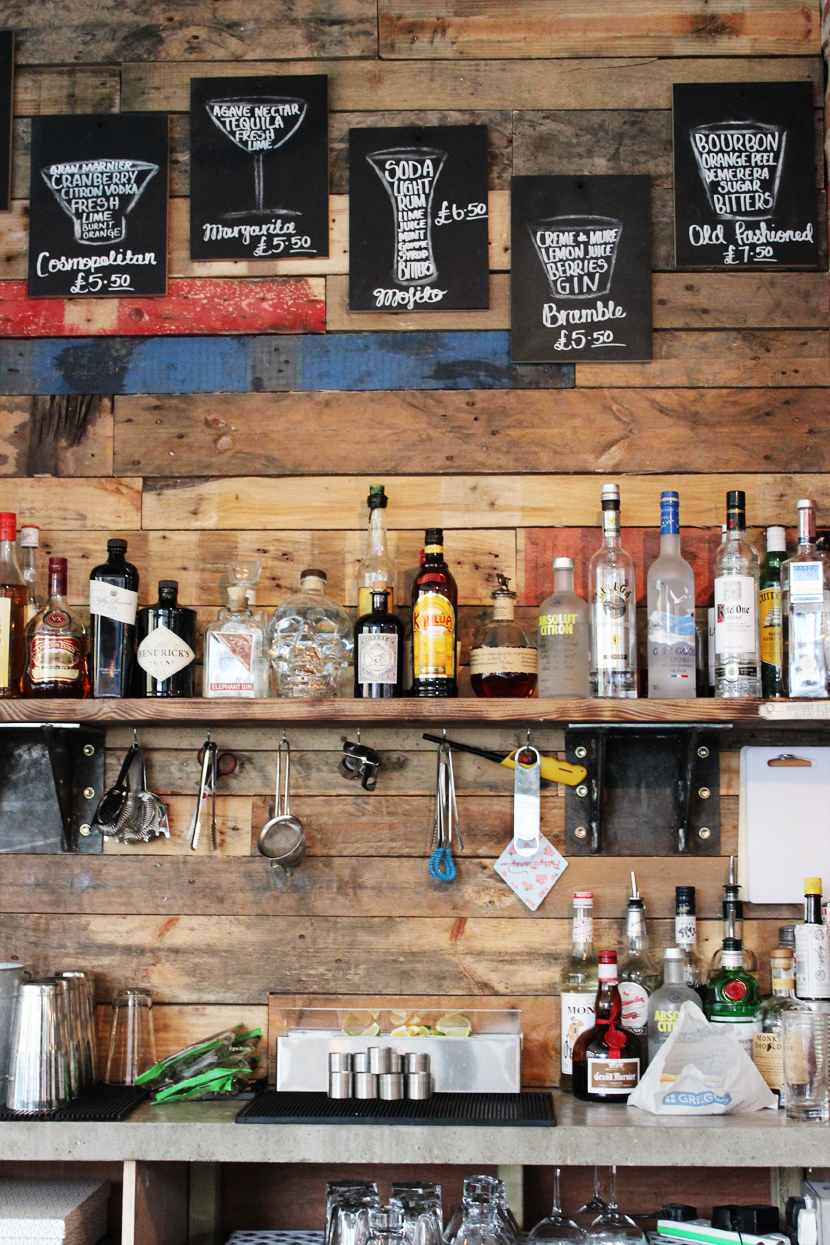 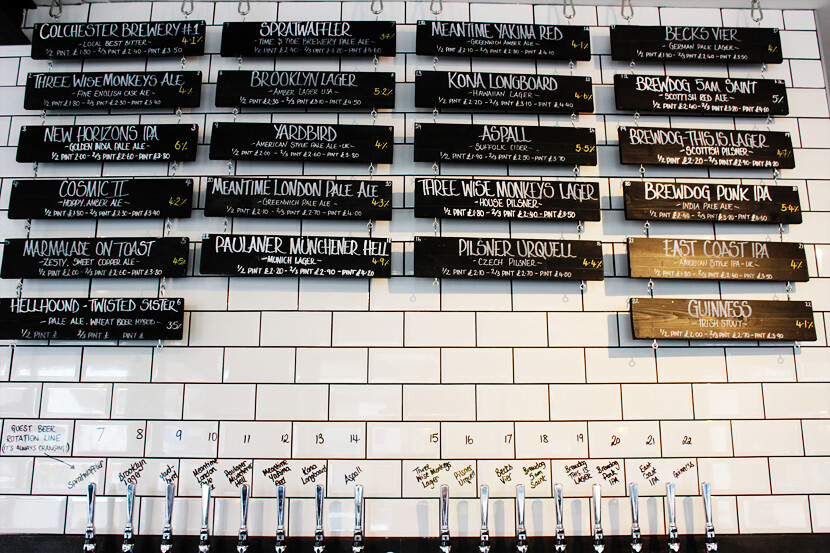 As you can tell from the walls, they are quite into their craft beers! I’m not an avid beer drinker myself but I can appreciate a) the presentation and b) the work that has gone into carefully choosing each brand. Another lovely detail by the bar was the presentation of the tea selection – so cute! 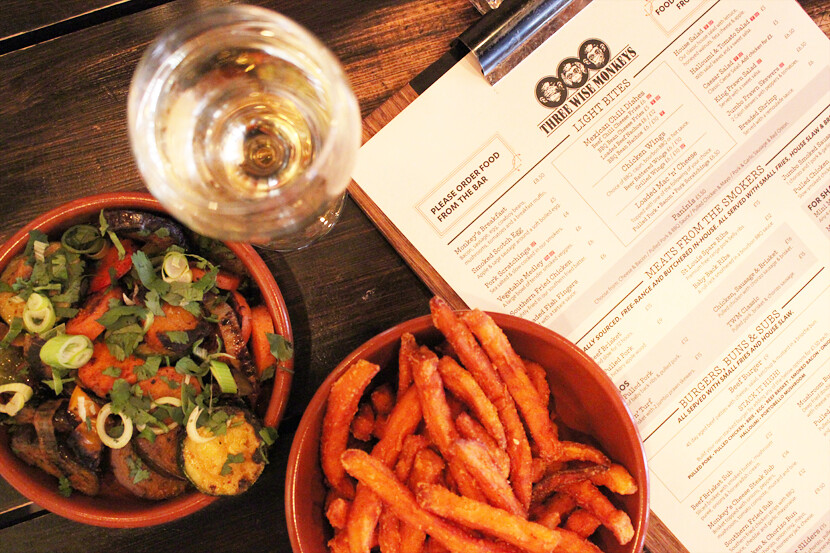 We were a bit hungry by the time we got to the pub so we decided to try out their lunch as well – and, luckily for me, they had even marked all their vegan options with a little sign! That said, the negative thing was that even though the vegan dishes were marked, there still wasn’t a lot of choice. In the end, I opted for the grilled vegetables and a bowl of sweet potato fries (always a good idea!) and although I was a little bit jealous of Jim’s burger, these left me perfectly satisfied and full. I do hope that the next step the pub makes would be to add a few more vegan dishes to the menu – it’s such a shame to be going as far as marking them clearly (a thing that not a lot of places do!) but then not actually having that many options to choose from. Three Wise Monkeys, if you’re listening: my vote would go for a vegan burger..! 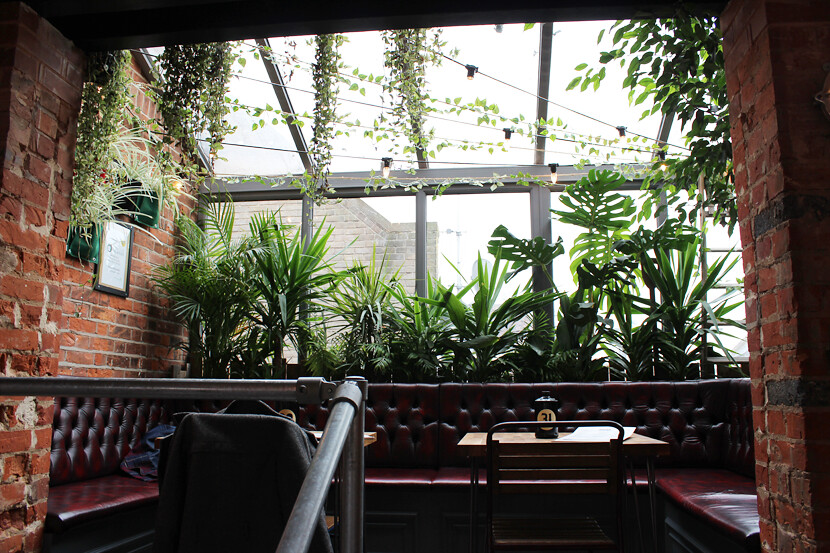 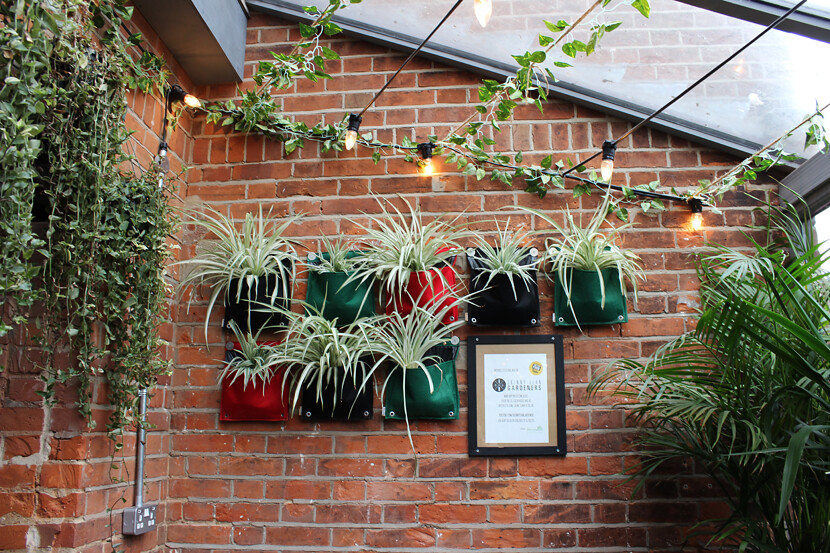 The section in the above pictures has to be one of my favourite features about the pub. These green plants were everywhere, but stood out best in this little alcove on the second floor. We managed to get a seat in that section the second time we visited and it felt like we were having drinks in a tiny little green room! Especially with the sun shining through the windows it was quite the perfect place to enjoy a Sunday afternoon. 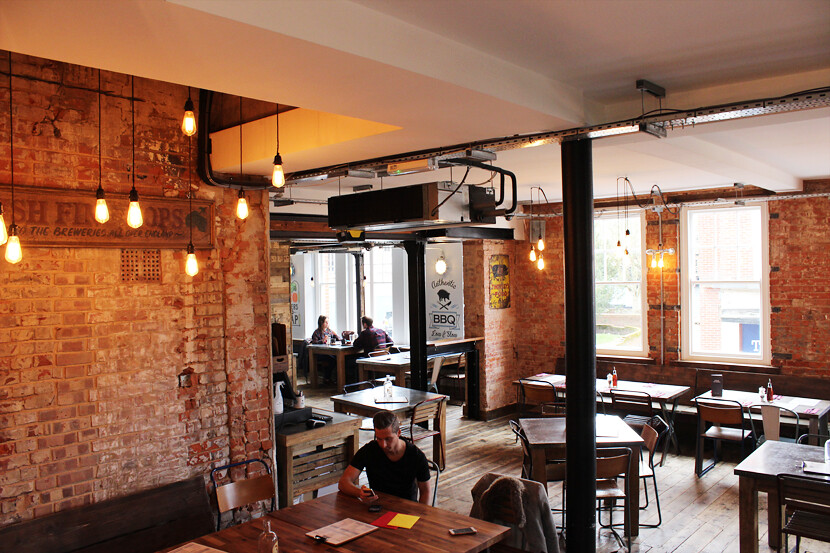 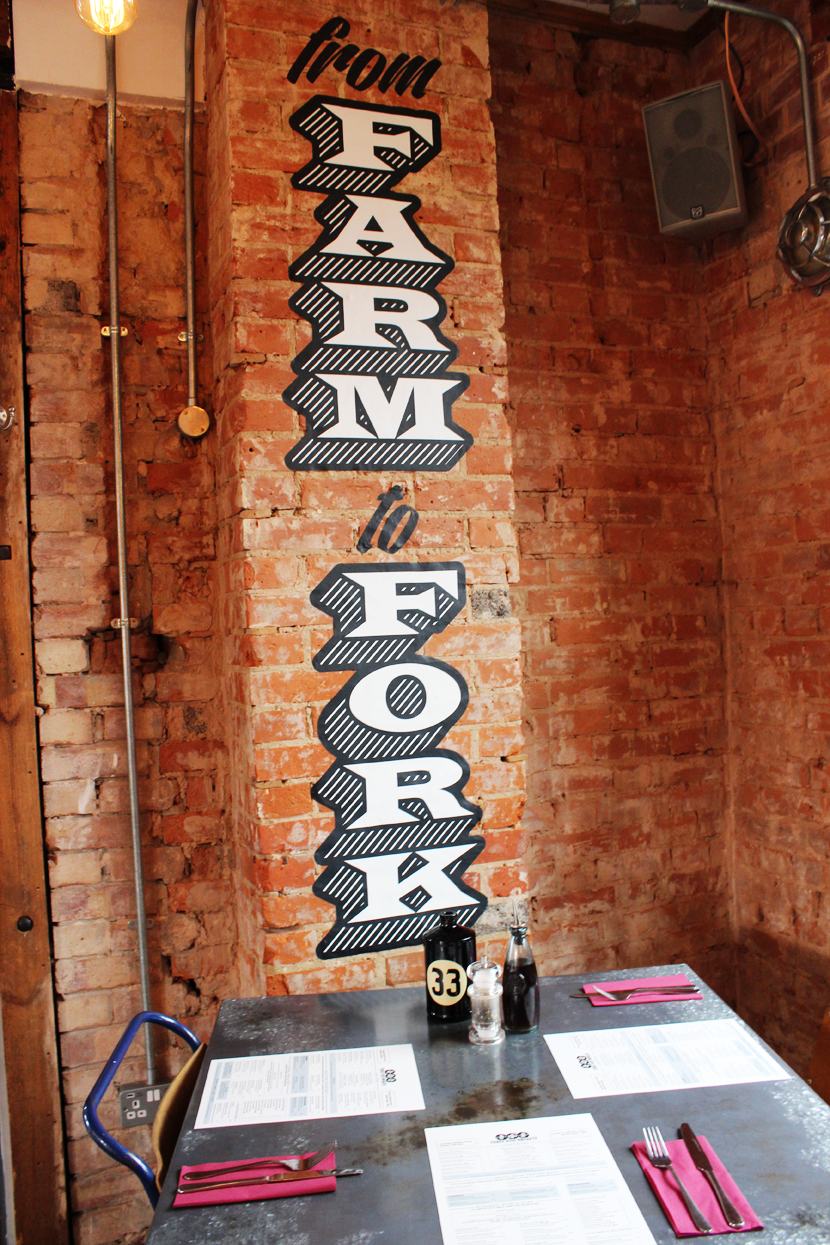 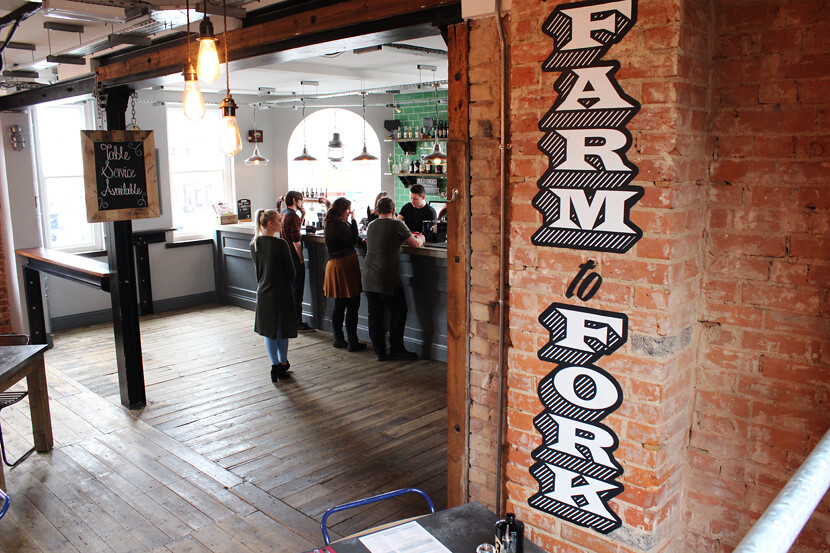 You can find Three Wise Monkeys on number 60 High Street, Colchester. I checked their website and it looks like they also host comedy nights and live music every now and then, so all the more reason to go and enjoy a drink or two!

How to spend one day in Arundel,…