A few weeks ago, Brixton got a new restaurant into its ever-growing food scene: a third installment in the little chain of restaurants called The Rum Kitchen. I’ve previously visited their restaurant in Carnaby Street, and as I absolutely loved it, I was really excited that they were opening one right where I lived. We finally trialed it on Wednesday and, oh boy, was it worth it!

We made it to the restaurant just in time for happy hour so of course we had to order a few cocktails – it’s basically mandatory. We ordered Ting Wray (with blue rum – snazzy!) and a Happy Daiquiri which was my favourite. The daiquiri came in a lovely small glass with no ice in it (I’m that weirdo who doesn’t like ice in cocktails..!) and was wonderfully lemony and sour – I would really recommend it to anyone who likes their drinks with a bit of a sour kick. 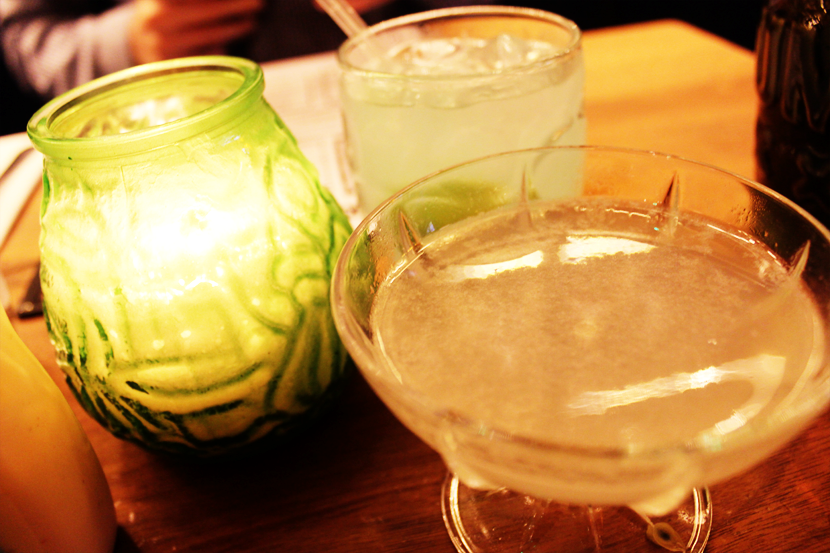 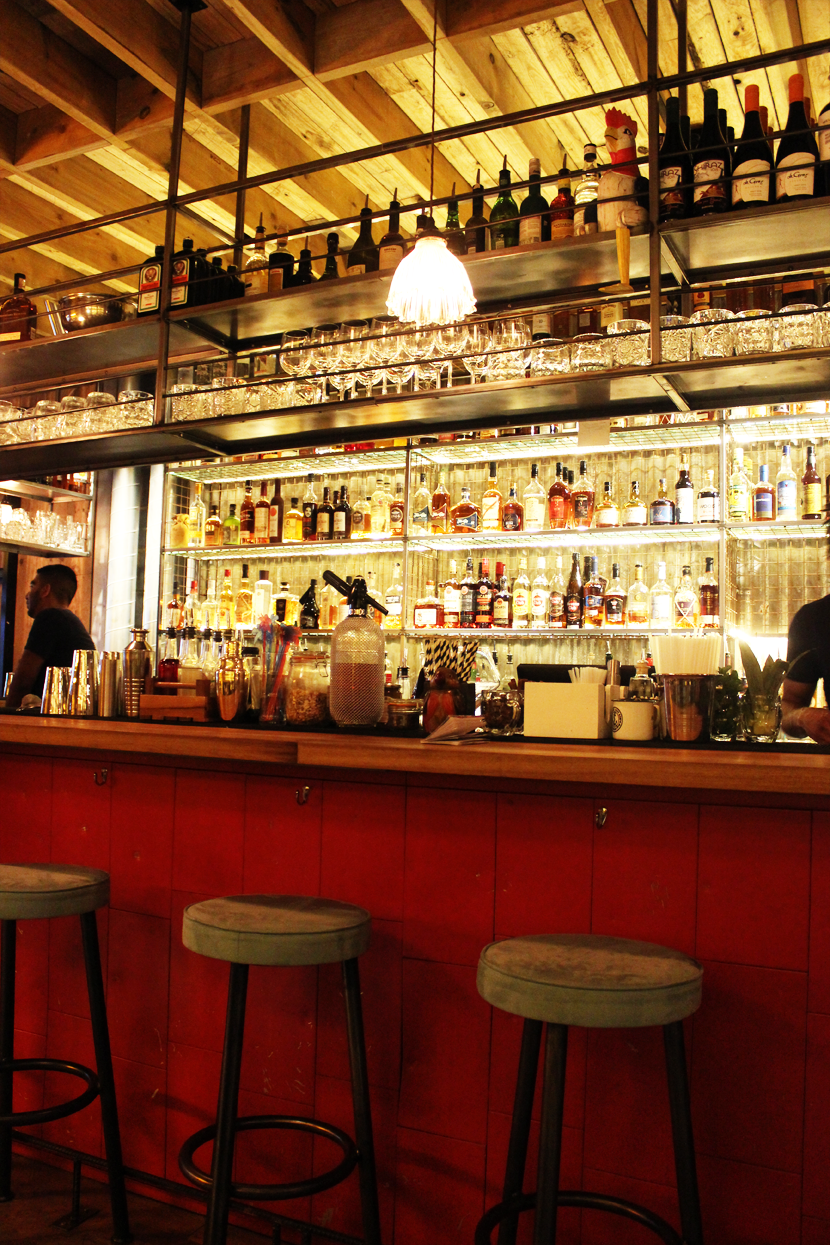 I was hovering in between a salad with halloumi or a veggie burger (also with halloumi – can you sense a pattern?) but by the time I got to the restaurant I was so ridiculously hungry that there was no way I was going to choose a salad over a burger. I was basically eating the menu with my eyes! There’s not a huge amount of options for vegetarians here, but I guess it’s not really aimed for that audience anyway. And, if my burger is anything to go by, the few veggie options they do have will be pretty amazing.

Stop reading now if you’re hungry, by the way… The burger consisted of a breaded halloumi slice (SO CRISPY), portobello mushroom (I didn’t have this though as I’m not a fan of mushrooms), avocado salsa, their own chilli mayo and some lettuce and tomatoes – all served between two lovely brioche buns. I know I was hungry, and could’ve probably eaten anything they brought me, but I still think this was seriously the finest veggie burger I’ve had in my life, or at least for a very long time. I think it’s the sauces that did it – The Rum Kitchen have a very fine collection of their own sauces which make everything taste so good.

Phew – I think I’m done now. Writing this has made me really hungry again and I don’t think whatever I’m cooking tonight will quite beat Wednesday’s dining experience… 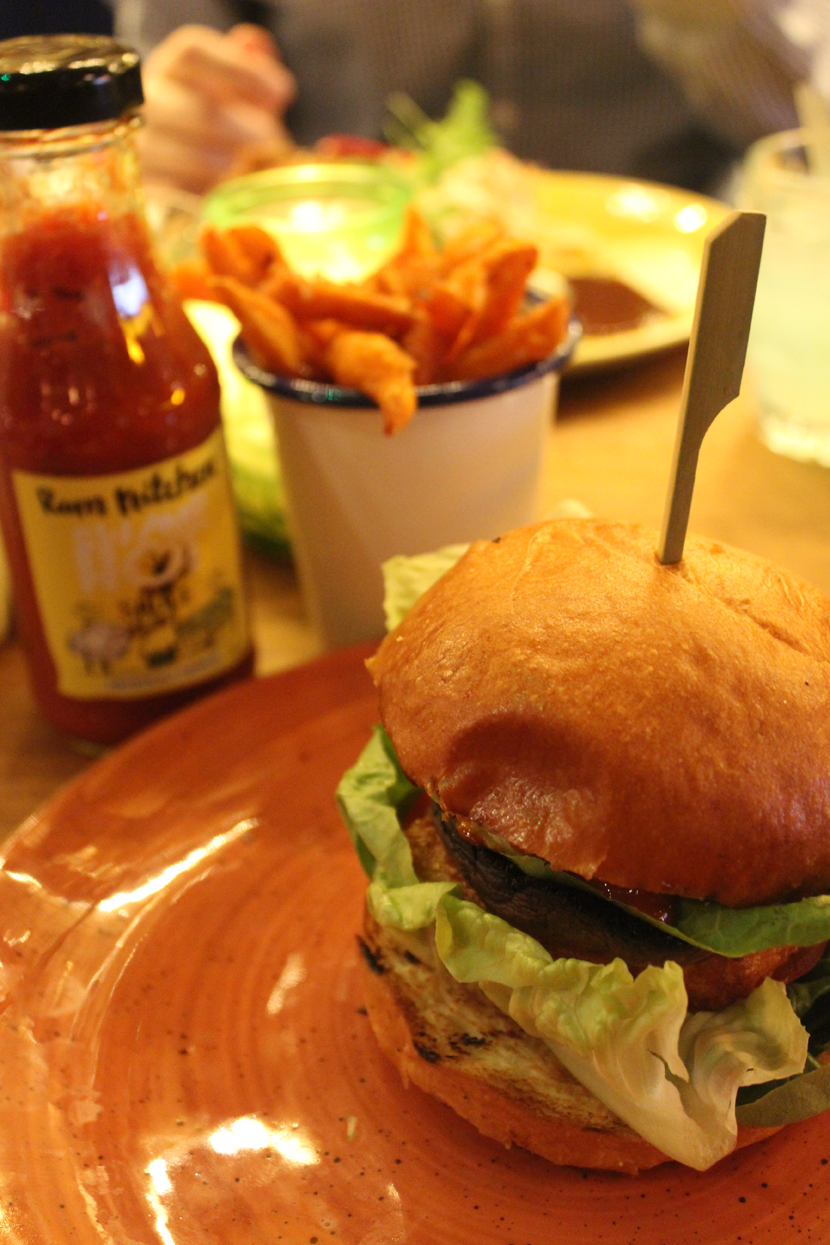 If you haven’t tried The Rum Kitchen yet, do it now! They have a great collection of cocktails, amazing burgers and the yummiest sauces – what are you waiting for?!