Length: 30-40 minutes (basically depending on the amount of people on Westminster Bridge)

Why should I do it? If you live in London it can be very easy to forget about all of these iconic buildings and landmarks we have, and it always fills me with a sense of wonder to see them.

Pet peeve? To get to Victoria you’ll have to cross the Westminster Bridge, which might be fun if it was midnight and you could gaze across the river, but most other times of the day it can get really busy. If you’re okay with crowds you should be fine, but if not, I would suggest doing this as early as possible, ending up in one of the pubs in Victoria for lunch.

I’ve put this route on a map HERE so you can see what I got up to, instead of me trying to remember whether I turned left or right and at which turn… 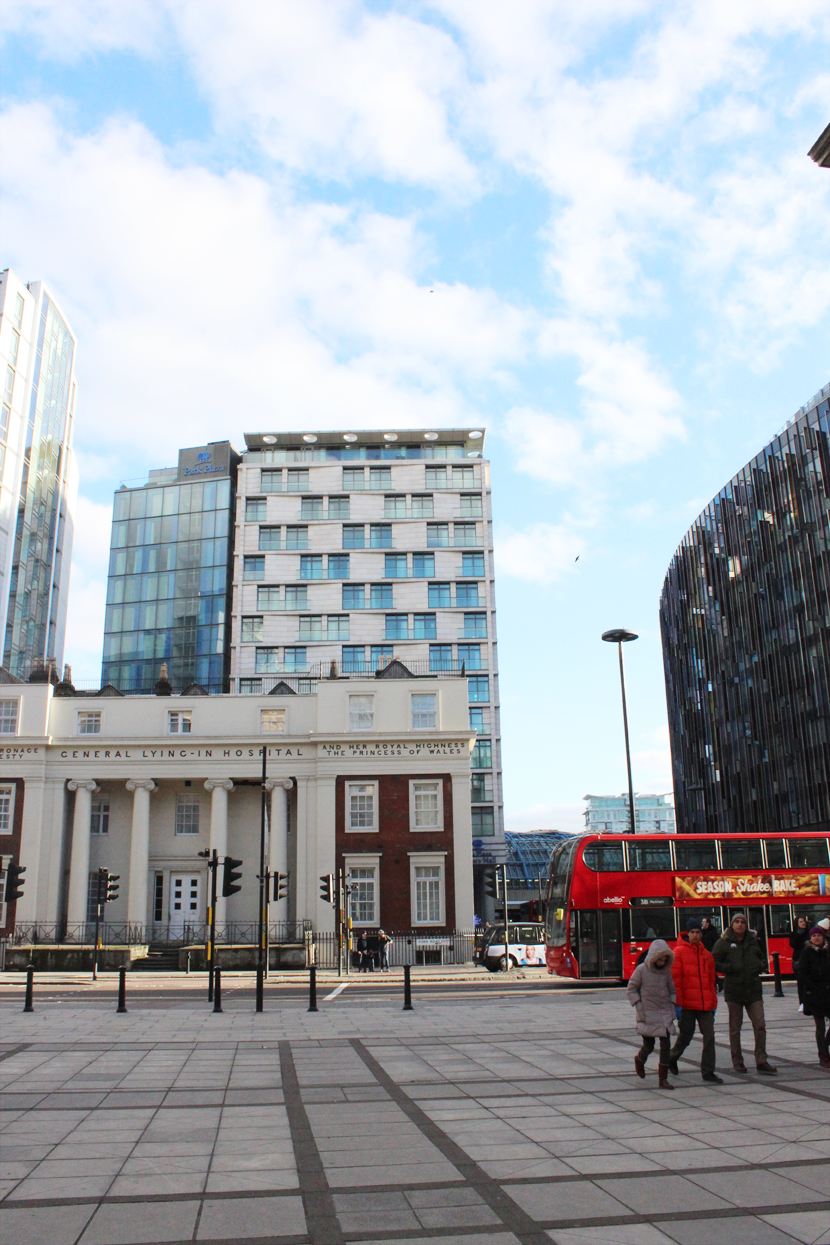 Start from Waterloo station (and admire the architecture of the main entrance – pretty magnificent, isn’t it?) and turn to York Street after a few minutes. You could keep going straight and only turn left when you get to the river, which is arguably the more scenic route, but this particular bit of South Bank is always really full of people due to London Eye & Aquarium both being there. York Street isn’t anything special but it’s a nice escape from the crowds, and there’s also something quite cute seeing the London Eye peeking behind the buildings!

This little square in the pictures above is called Forum Magnum Square and it’s located between the two blocks of the beautiful County Hall. If you’re already a bit peckish or thirsty at this point, you’ve got the lovely All Bar One here too. I really like this chain because they do £5 cocktails (“five o’clocktails – so clever!) in the evenings but also because they actually have some awesome vegetarian options on their menu too, with everything clearly marked. My favourite is the vegan miso bowl – it kind of reminds me of something Wagamama might do!

We’re getting to the dreaded bit now.. Westminster Bridge. You can’t really be in a hurry when doing this because otherwise you might get super stressed. It’s best to just go slowly along with the crowds and admire the amazing views ahead of you (hi Big Ben!) and across the river. You can do it!

Once you have managed to get across the bridge you’ll be able to admire the beautiful Houses of Parliament, and, after a few more minutes, also the Westminster Abbey (or Westminster Crabby – Friends, anyone?) which is such a beautiful building. I’ve never been inside but it’s definitely in my London goals list. 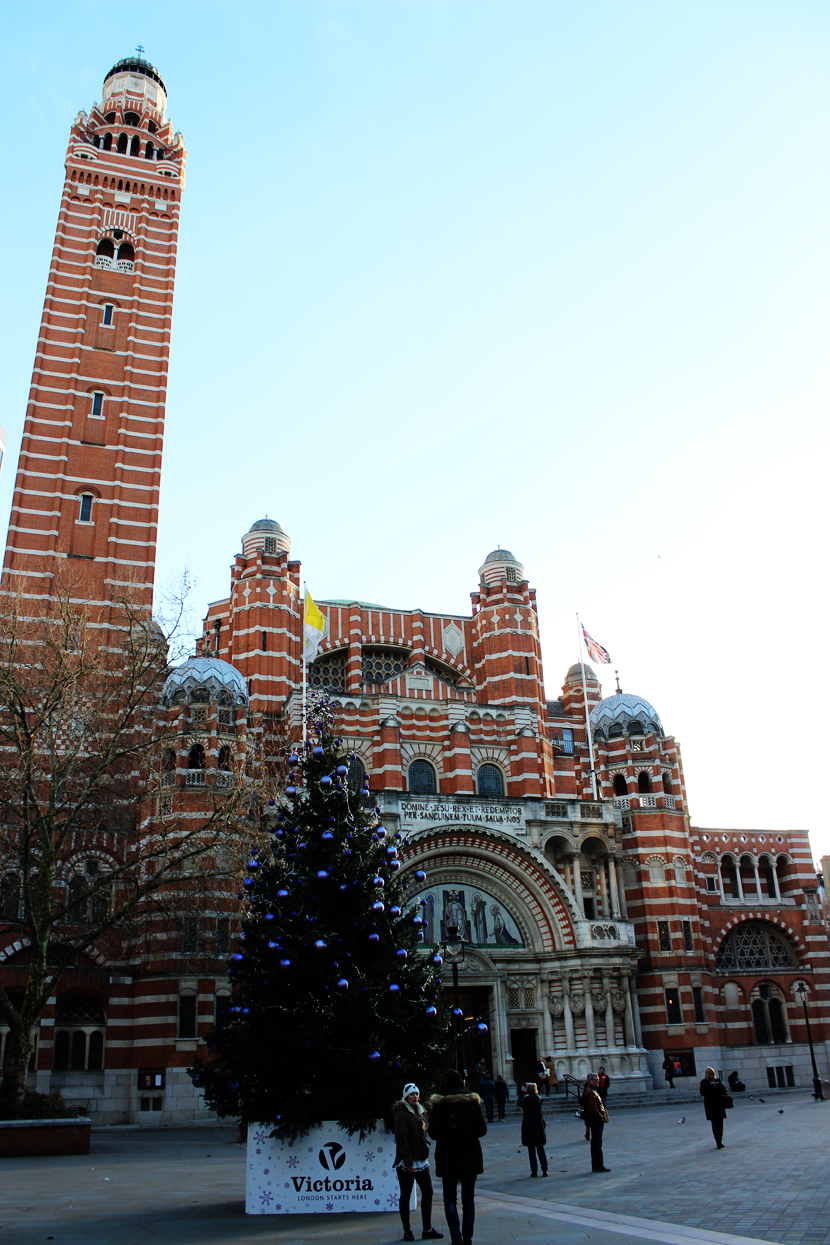 The latter half of this walk is way less exciting than the beginning, and I only really did it because I did actually need to get to Victoria. If you want to continue on the tourist trail, I’d recommend having a look at this post and continuing to Buckingham Palace via St James’ Park. However, if you want to see the few lesser known gems on the side streets on the way to Victoria station, continue with me.

After Westminster Abbey the way is pretty straightforward: just continue on Victoria Road until you get to your “destination”. It’s a big road which is first quite empty, but starts filling up with chain cafes and shops after a while. One shop that really drew my attention was a tea shop called T2 – it was really colourful and seemed to have a pretty massive collection of different flavours – I’m definitely paying them a visit very soon!

I’m planning to do more of these London walks in the future and I’m hoping that they will maybe be a bit less touristy (although I really do love this part of London too!). Any ideas? I’m thinking of maybe doing Hampstead Village next!

How to spend: 12 hours in central…

PREVIOUS POST
"South Bank Christmas markets"
NEXT POST
"3 ingredients for a cosy night in"
No images found!
Try some other hashtag or username