Pubs of London: The Bedford, Balham

The Bedford pub in Balham is probably one of London’s most versatile pubs with a pretty rich history to boot. The building has been around for about 200 years – it first functioned as a big Victorian hotel, and later a music venue, a restaurant and a place to see theatre and comedy – all at once. What’s best, that’s not even the whole story – they do so much more from book clubs to sports events too, but if I listed everything here, we’d never be able to move on!

Since the 60s, a LOT of famous artists, such as U2, The Clash and Ed Sheeran have performed in The Bedford, and every week they host live music nights for new talent hoping to make it big. The pub claims to be a starting point for many now famous musicians, such as Paolo Nutini and KT Tunstall, who played the pub in their early careers. If you go into the pub’s website, there’s even more names that you might recognise, which to me seems like a pretty good sign that The Bedford has a some kind of magic touch when it comes to finding new talent! 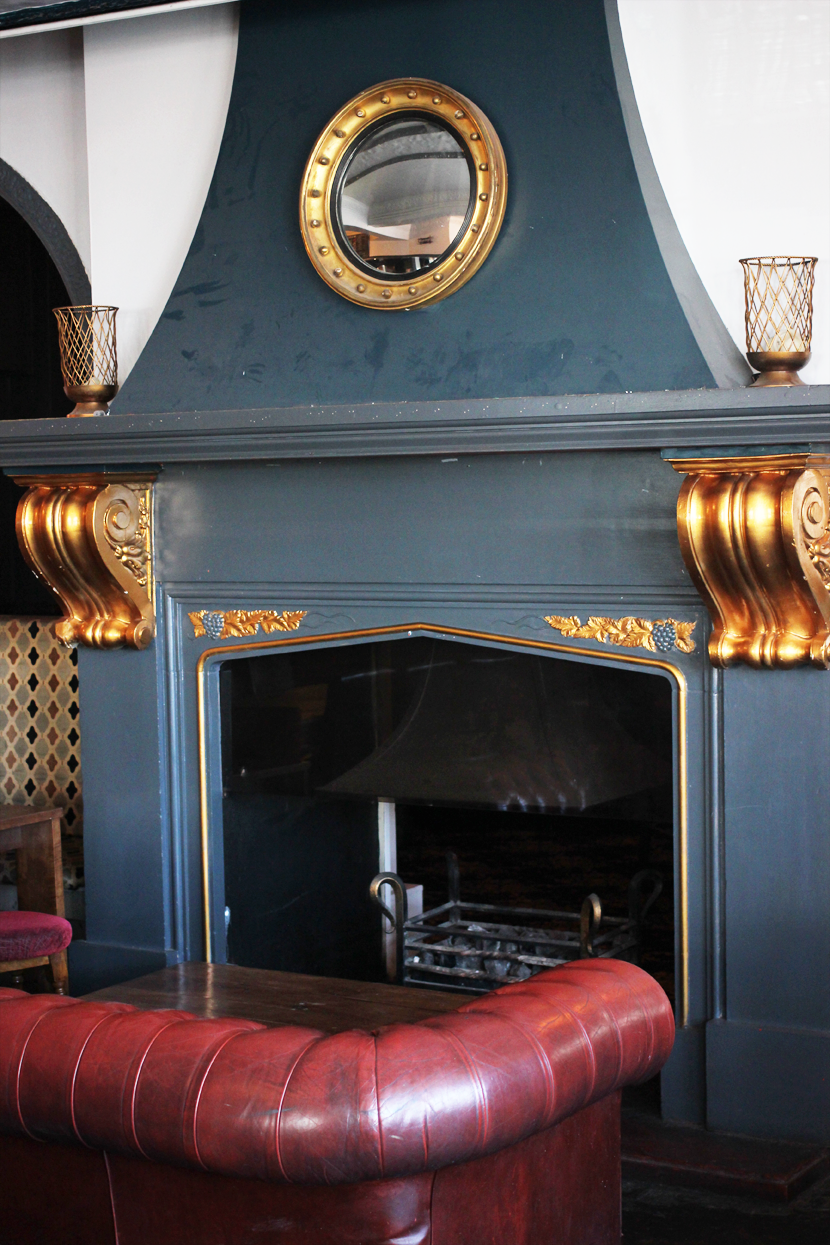 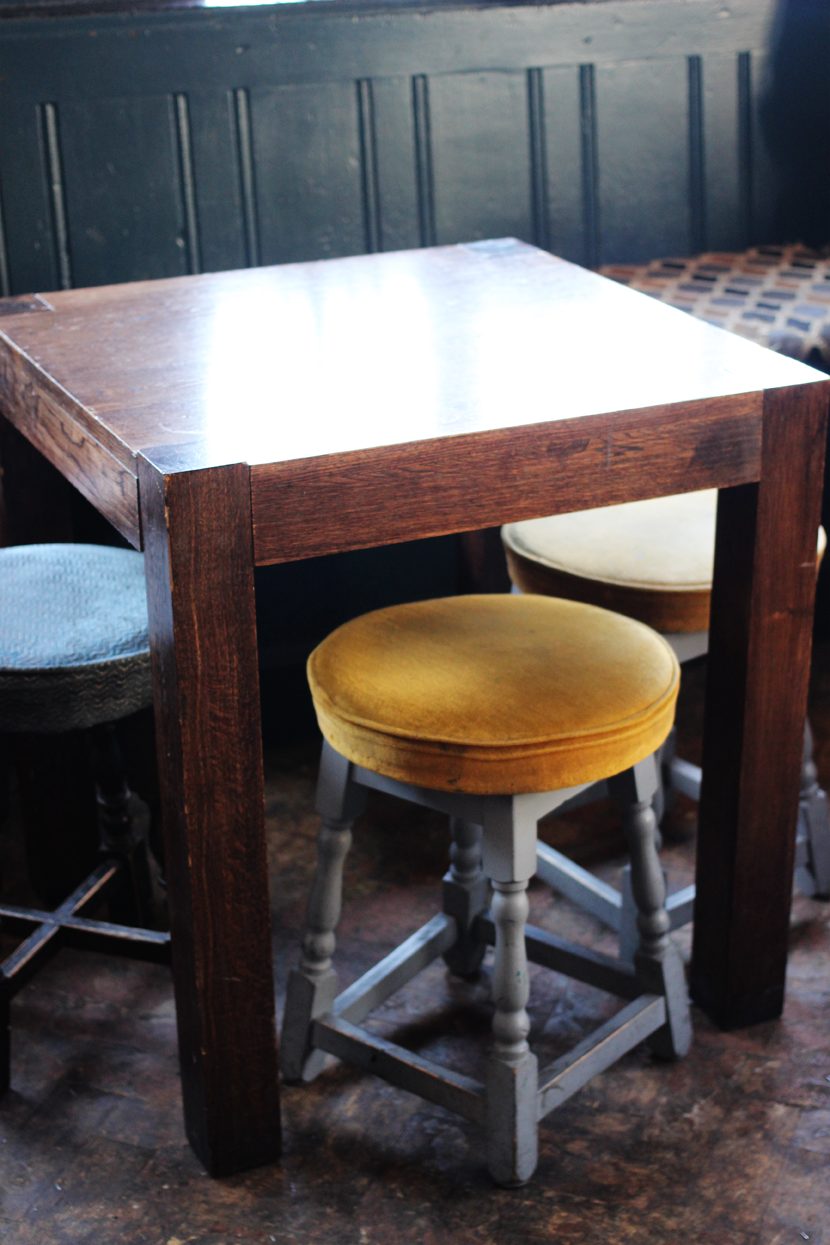 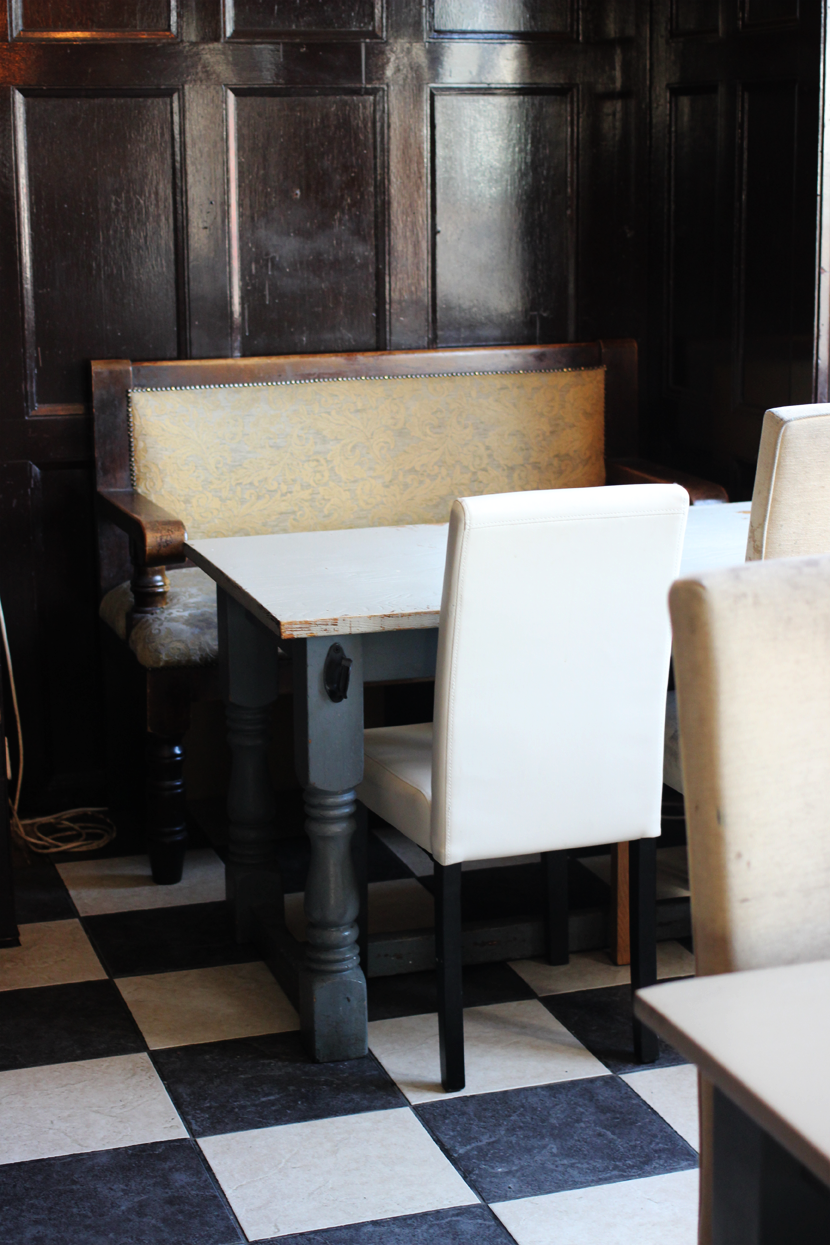 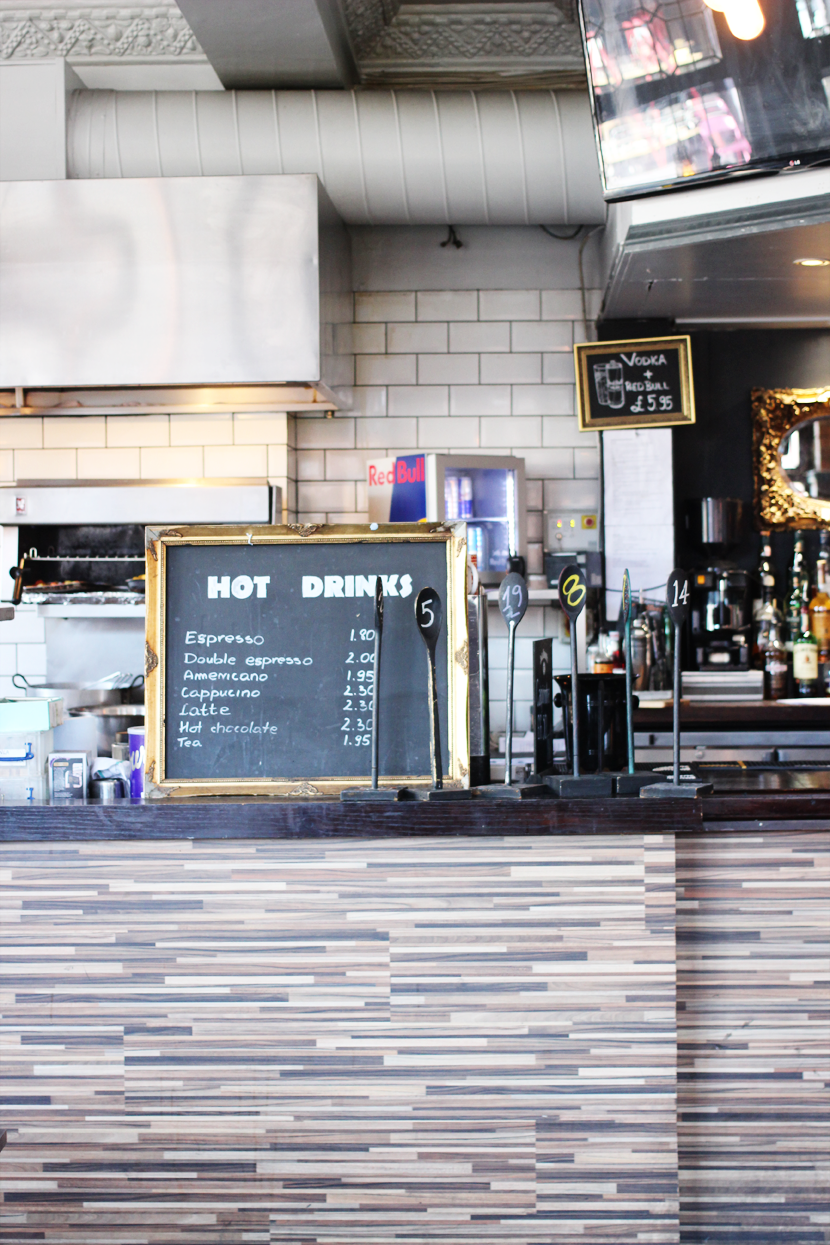 Aside from everything I’ve already mentioned, The Bedford is also pretty easy on the eye. I couldn’t stop taking pictures of the interior – everywhere I looked there was another little detail that I swooned over, like that black and white tiled floor or the beautiful golden features on the dark blue fireplace. So. Much. Love!

Also, I know I just went on and on about all the events you can take part in, but last weekend me and my boyfriend actually just went there because we wanted to grab some lunch. We were on our way to the cinema (the lovely Exhibit, also in Balham) so we didn’t want anything too heavy, and luckily The Bedford also had a few other options on their Sunday menu aside from the roasts. I went for the halloumi salad and Jim opted for a side portion of chicken wings & chunky chips. Spoiler alert: it was all pretty yummy! 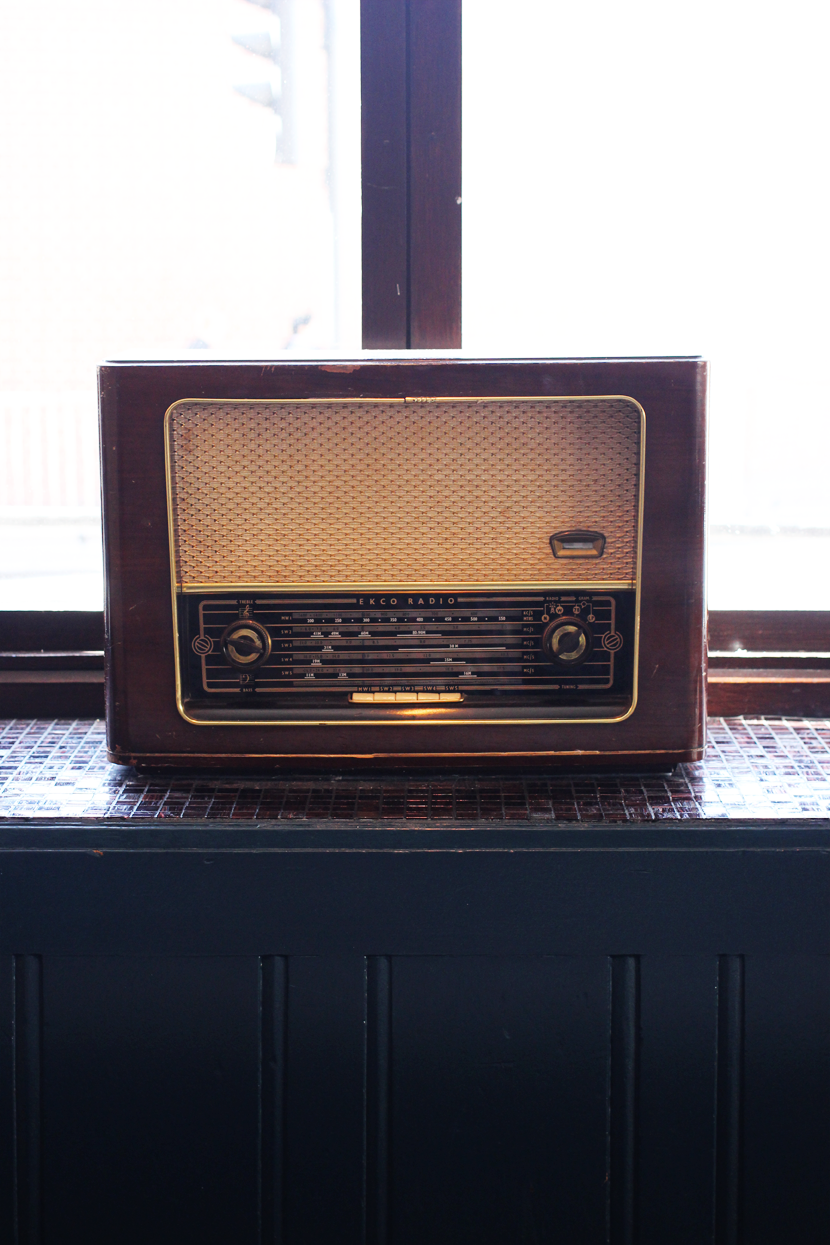 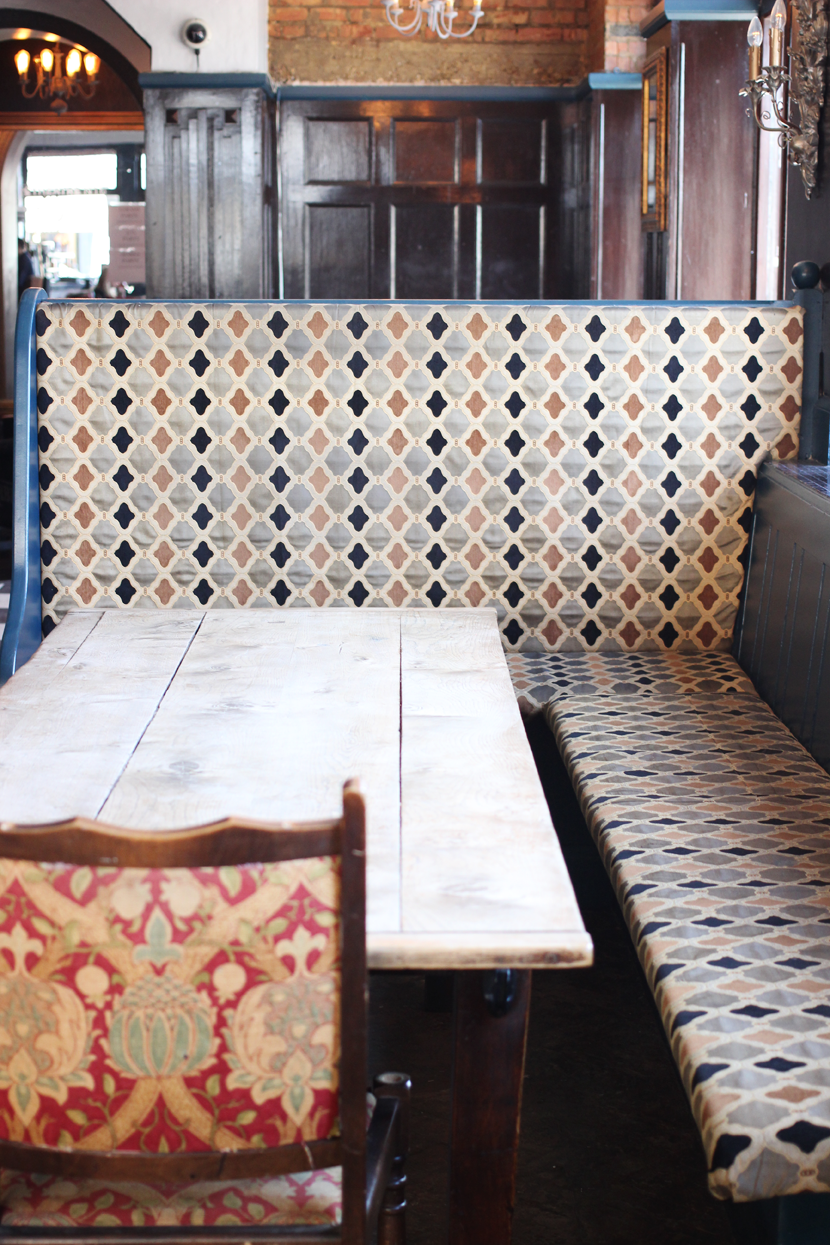 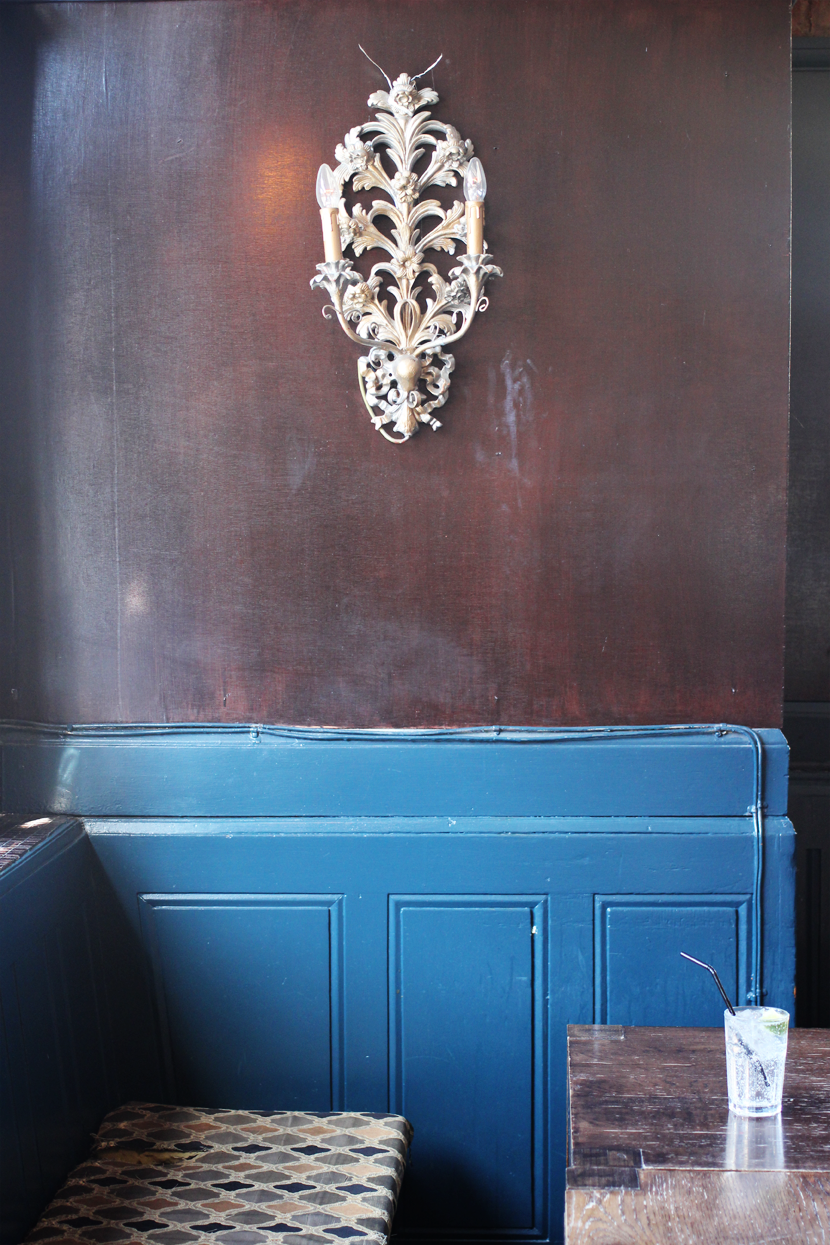 Our little lunch corner – isn’t it so pretty? 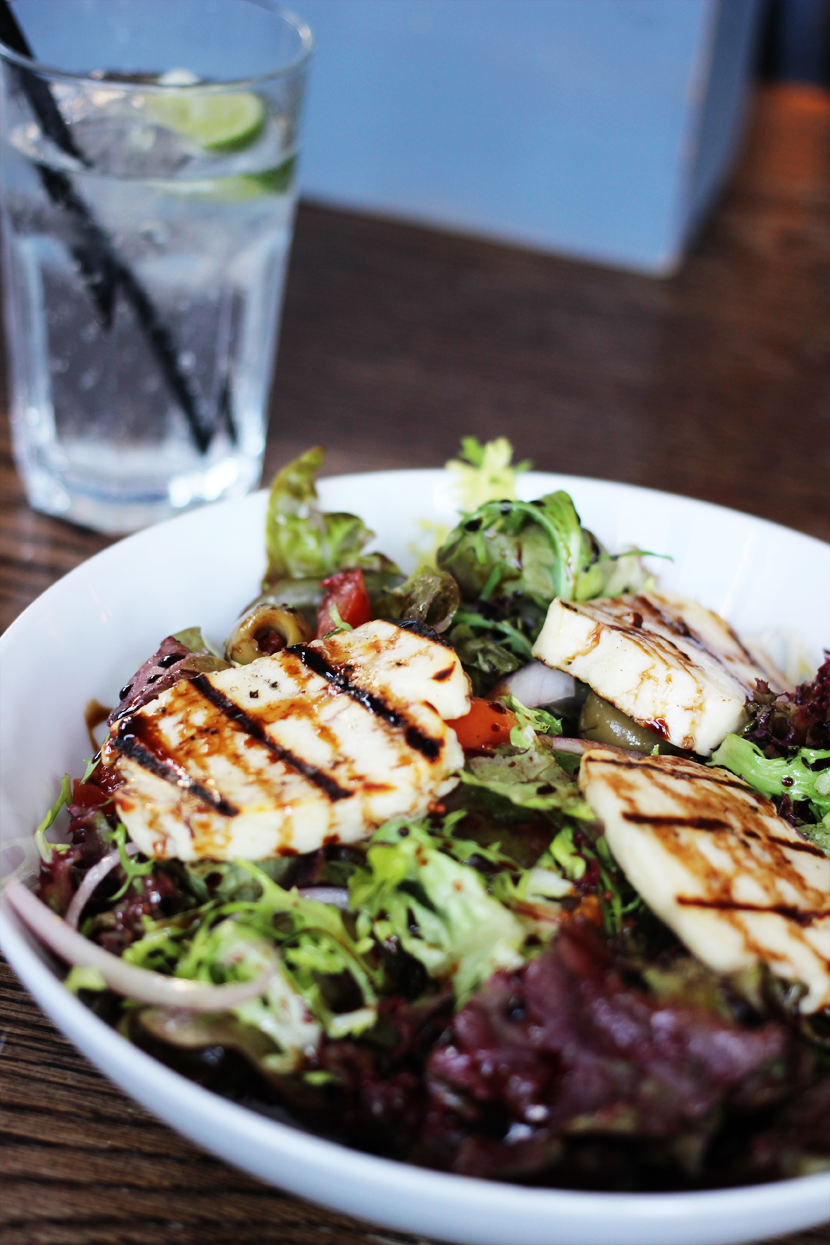 My (very pretty) salad was just the right amount of salt (the halloumi), zingy (the dressing) and refreshing (the leaves). Not a culinary masterpiece, but just what I needed wanted at that moment. Jim’s chips where – in his own words – like little potatoes, in a good way and his chicken wings went down a treat too, even if they were pretty basic.

All in all, I would recommend paying a visit to The Bedford if you ever have the chance – there’s pretty much always something going on in the evenings, and during the day it’s a great place for a drink and a natter with friends. I’m definitely going to go back to see some live music soon – who knows, I might just see a new star on the rise if I’m lucky!